As some of you may recall, a few months back on April 1st, my family suffered the loss of our beloved dog Undie. No joke! This was a huge hole in our lives and hearts and struggled to fill the void created by his sudden passing. To that end, my wife was continuously checking out all the shelters around town. Eventually we started going to a few of them, not really intent on adoption just yet but sort of getting used to the idea of another four-legged friend.

Eventually we did find a dog, named Jody, that we would adopt. She was shy at the shelter, had just been spayed and had a UTI that we needed to address immediately. She is a mix of yellow lab and other. The other has been speculated to be greyhound or whippet. Not that it matters much, as she is really fantastic. We have been getting to know her and all her eccentricities as well as she learning ours.

For the time being, after we got her, we kept our cat Herc and the newly named Kona separated by a baby-gate just so there weren’t any misunderstandings. Since the dog formerly known as Jody was turned in as a stray wondering the streets somewhere in California, we didn’t know if she was packing heat or armed with blades. Hey, you never know.

Things went smoothly like this for a couple weeks when on a Thursday morning while eating breakfast next to Herc, as I do on the days I’m not working, he decided to get up and nearly fell. He walked as if he was drunk, bumping into the walls and things. As it turns out, Herc, whose straight up ornery-ness, had kept him going into his late teens, was now taking his last steps.

I stayed with him and made him comfortable until he passed early Saturday morning. He was at home surrounded by those that loved him in a place he was familiar with and had made his home for the past three years.

He had come to us after my mom passed away in 2015 while my sister was in the hospital and then recovery. Since then we added him to our family which wasn’t the easiest since we already had another cat, Axle (yes named after Foley), and our dog Undie (Underdog). We didn’t know how any of them would react but since Herc had been in the family for many years we couldn’t see giving him to a shelter if we could offer him a home.

Herc never had it easy and it seemed was always in a scuffle because he was the outsider coming into some other pets home disrupting things. It was like that when I got him for my mom back between 2000-2002 from a coworker at PlaceWare named Debbie A. He entered a home with other cats and scuffles broke out. Later he would come to us and more scuffles broke out. Oh, and there was a fire at the apartment building my mom and sister lived at which precipitated their move. To say it wasn’t an easy life for Herc would just about sum things up. It would also be fair to say that he was loved by those that took him in.

Every pet, in my experience, will develop unique, sometimes quirky habits or affectations that endear them to us. For me, it was the way Herc would meow without making a sound. It was, I like to think, his way of speaking in code for me to come over and sit by him and watch his back while he slept or ate. He was also fond of sleeping on my stomach while I watched television.

In all the time Herc has been apart of the Nutt family, he has been an exclusively indoor cat. A few months ago we completed work or nearly had completed the landscaping in our backyard and thought we would let Herc explore a little if he dared. And dare he did. He would soon be making dashes for the door leading outside whenever it was opened.

Initially he would venture out on the path, stop, and then start meowing. Later he would walk a circuit around the yard like he was on patrol. I like to think this was a joy for him in the last months of his life.

It is at times like these that we are hurt so much by a loved pet that I ask why we keep doing this and the answer always is the same; because the amount of sadness and sorrow are minuscule compared to the immeasurable joy they bring to our lives.

I’ll wrap up by saying that if you can open your home and heart to a pet, do it, you will not regret it. 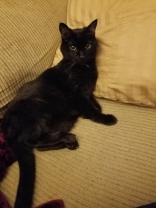 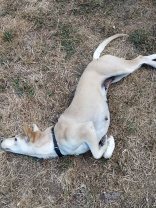 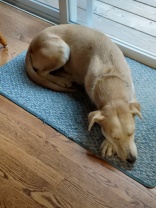 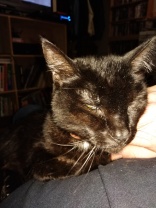 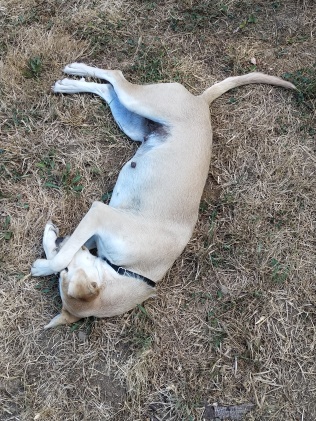 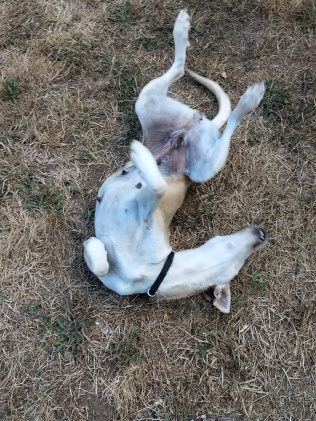 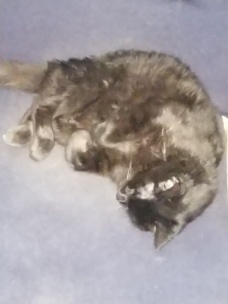 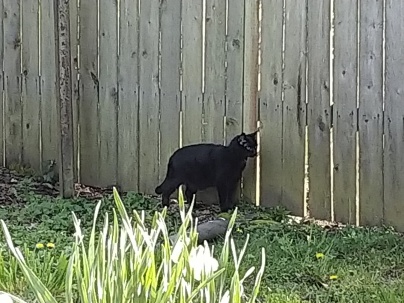 Peace be with you.

1 Response to Happy and Sad News